Of course, it IS like one other TV phenomenon. Von Trier admitted that “The Kingdom” was inspired by “Twin Peaks,” and one has to wonder if “Exodus” would exist without the creative success of “Twin Peaks: The Return” in 2017. In much the same way that David Lynch revisited characters and warped imagery from his landmark series, Von Trier returns to some of the same characters and ideas, once again crafting a truly inspired blend of the surreal and the comedic. The hospital at which every scene of the show takes place is not just a place of ancient supernatural forces that might be rising to finally drag it into the earth but it’s also a place of truly mundane idiocy, a building that’s as weighed down by bureaucracy and stupidity as much as it is the evil that could be buried in its foundation.

What is “The Kingdom” about? Well, that’s where things get difficult. It’s the kind of exaggerated universe wherein a woman can give birth to Udo Kier wrapped into a form that sometimes resembles a traditional medical soap opera, but most of the doctors here are self-obsessed idiots. “Exodus” actually opens with a woman named Karen (Bodil Jørgensen) finishing a viewing of the first series and going to the hospital to see what’s going on there for herself. She finds more questions than answers, including an actual beating heart of the hospital and the giant head of Udo Kier, drowning in its tears. Alexander Skarsgard takes over for his dad in a very funny turn as a lawyer whose office is on the toilet and Willem Dafoe appears as a shapeshifting man who may actually be Satan. It’s a lot. And that’s just scratching the surface.

It’s really quite difficult to do the “plot synopsis” portion of a review of something like “The Kingdom Exodus.” While it’s technically got several competing subplots and dense mythology, the plot doesn’t matter as much as the mood here. It’s a show that has a cumulative power in its moments—whether it’s a weird little comedic beat like the head doctor who complains that his computer solitaire is too easy (not knowing that IT already has its difficulty set at 4-8 years old) or the terrifying image of an aggressively violent doctor popping his eye out with a spoon (only for it to be back to normal the next time we see it). “The Kingdom Exodus” feels at times like its competing tones and subplots are at war with each other—the whiplash of the broad farce of a broken system with the more terrifying Lynchian elements of a woman exploring the spiritual underground of the hospital can be intense—but that’s very intentional. Hospitals are places of extreme emotion where tragedy can exist in a room next door to a miraculous recovery. And Von Trier has often played with broad tonal shifts with dark comedy throughout much of his filmography. The extremes of his tastes just find a perfect setting at Kingdom Hospital. 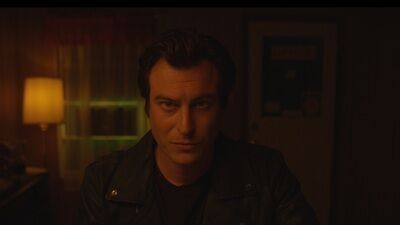