Infectious disease experts are expressing concern about Pope Francis’ upcoming trip to Iraq, given a sharp rise in coronavirus infections there, a fragile health care system and the unavoidable likelihood that Iraqis will crowd to see him.

No one wants to tell Francis to call it off, and the Iraqi government has every interest in showing off its relative stability by welcoming the first pope to the birthplace of Abraham. The March 5-8 trip will provide a sorely-needed spiritual boost to Iraq’s beleaguered Christians while furthering the Vatican’s bridge-building effort swith the Muslim world.

But from a purely epidemiological standpoint, as well as the public health message it sends, a papal trip to Iraq amid a global pandemic is not advisable, health experts say.

They note that wars, economic crises and an exodus of Iraqi professionals have devastated the country’s hospital system, while studies show most of Iraq’s new COVID-19 infections are the highly-contagious variant first identified in Britain.

The Iranian-born Madani co-authored an article in The Lancet last year on the region’s uneven response to COVID-19, noting that Iraq, Syria and Yemen were poorly placed to cope given they are still struggling with extremist insurgencies and have 40 million people who need humanitarian aid.

In a telephone interview, Madani said Middle Easterners are known for their hospitality and cautioned that the enthusiasm among Iraqis of welcoming a peace-maker like Francis to a neglected, war-torn part of the world might lead to inadvertent violations of virus control measures.

“This could potentially lead to unsafe or superspreading risks,” she said.

“It’s a perfect storm for generating lots of cases which you won’t be able to deal with,” he said.

The health care protocols are “critical but can be managed,” one government official told The Associated Press, speaking on condition of anonymity.

And the Vatican has taken its own precautions, with the 84-year-old pope, his 20-member Vatican entourage and 70-plus journalists on the papal plane all vaccinated.

But the Iraqis who will be gathering in the north, center and south of the country to attend Francis’ indoor and outdoor Masses, hear his speeches, participate in his prayer meetings and organize the logistics of a complicated trip, are not.

And that, scientists say, is the problem.

He questioned the optics of the Vatican delegation being inoculated while the Iraqis are not, and noted that Iraqis would only take the risk to attend such an event because the pope was there.

In words addressed to Vatican officials and media, including AP journalists, he said: “You are all protected from severe disease. So if you get infected, you’re not going to die. But the people coming to see you may get infected and may die.”

“Is it wise under that circumstance for you to just turn up, and because you turn up, people turn up to see you and they get infected?” he asked.

The World Health Organization was diplomatic when asked about the wisdom of a papal trip to Iraq, saying countries should evaluate the risk of an event against the infection situation, and then decide if it should be postponed or can be held safely.

“If they’re having birthday parties, for example, it’s all about managing that risk,” said Maria Van Kerkhove, WHO’s technical lead on COVID-19. “It’s about looking at the epidemiologic situation in the country and then making sure that if that event is to take place, that it can take place as safely as possible.”

Francis has said he intends to go even if most Iraqis have to watch him on television to avoid infection. The important thing, he told Catholic News Service, is “they will see that the pope is there in their country.”

Francis has frequently called for an equitable distribution of vaccines and respect for government health measures, though he himself tends to not wear face masks. Francis for months has eschewed even tightly controlled, socially distanced public audiences at the Vatican to limit the chance of contagion.

Dr. Michael Head, senior research fellow in global health at the University of Southampton’s Faculty of Medicine, said the number of new daily cases in Iraq is “increasing significantly at the moment” with the Health Ministry reporting around 4,000 a day, close to the height of its first wave in September.

Head said for any trip to Iraq, there must be infection control practices in force, including mask-wearing, hand-washing, social distancing and good ventilation in indoor spaces.

“Hopefully we will see proactive approaches to infection control in place during the pope’s visit to Baghdad,” he said.

The Iraqi government imposed a modified lockdown and curfew in mid-February amid a new surge in cases, closing schools and mosques and leaving restaurants and cafes only open for takeout. But the government decided against a full shutdown of commercial activity because of the difficulty of enforcing it and the financial impact on Iraq’s battered economy, the Iraqi officials told AP.

Many Iraqis remain lax in using masks and some doubt the severity of the virus.

A decision to reschedule or postpone the trip, or move it to a virtual format, would “be quite impactful from a global leadership standpoint” because “it would signal prioritizing the safety of Iraq’s public,” she said.

Fatalities Reported as Myanmar Police Intensify Use of Force 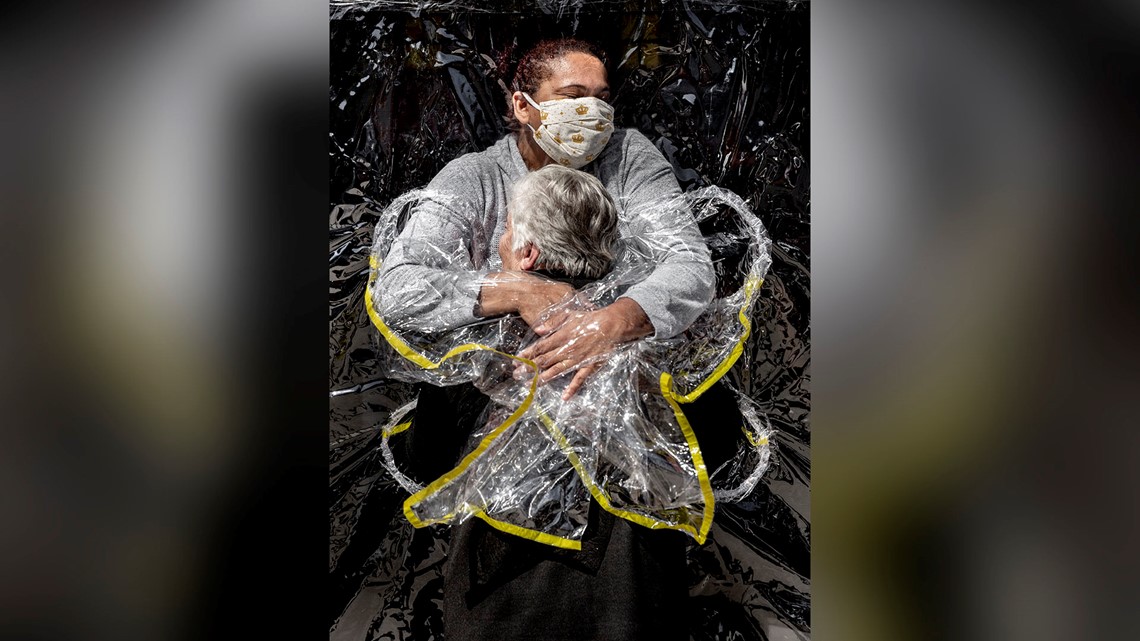