Under the giant helium balloons bobbing across Manhattan during the Macy’s Thanksgiving Day Parade on Thursday morning, people in the crowd called out to one another. Shouts of “Happy Thanksgiving!” echoed down Central Park West, all the way to Herald Square.

A year after the virus forced the parade into a single, spectator-free block, the words felt powerful. The baton twirlers, the stilt walkers, the marching bands, the spectators carrying toddlers wearing turkey-shaped hats at a parade back to its old self, were undeniably happy.

And in a city reeling from the loss of so many New Yorkers over the past 20 months, no word encapsulated the emotion of those who were there better than thankful.

“To just be able to be in a social environment, it’s everything!” said Asa Jenkins, 36, a research study coordinator who had brought her two children from Aiken, S.C., for the parade, their first family trip since the pandemic began. After more than a year of remote meetings for her and virtual school for her children, Christian, 8, and Eden, 5, Ms. Jenkins said that this year she could not bear watching the parade on television. They had to come in person.

“All we’ve been doing is screens,” Ms. Jenkins said as a 51-foot-long balloon of the children’s book character Ada Twist, Scientist, bobbed overhead. “This is what we need.”

The parade, which began in 1924 and has been canceled only rarely, such as during World War II, was back in its full 2.5-mile glory. The avenues were packed with 4,500 volunteers towing 15 giant helium balloons and tossing confetti.

There were some differences this year. The New York tradition of watching the balloons being inflated the day before on the Upper West Side was open to vaccinated people only. Some cheer squads marched with masks that matched their berets; a group of tuba players pulled their masks up and down between blows of their horns.

Simeon Guyton, 19, a baton twirler with the Hampton University Marching Force, said the Virginia troupe had spent much of the last year practicing online. Now a sophomore at Hampton, he said that his freshman year had been entirely remote and that he had stayed in shape by twirling his baton in his driveway.

“Being back with my band family is such a relief,” he said. “The pandemic is not over, but we can all be together in a controlled, safe way.”

Every year, the best seats in the house are typically inside apartments within the stately buildings alongside Central Park; some residents and their guests ate bagel breakfasts high above the crowds on Thursday as they took in the scene.

But stretching along nearly two blocks on Central Park West, about 100 members of a group from the Church of Jesus Christ of Latter-day Saints sat in the front row in folding chairs, orchestra seats that they had secured by arriving at 4 a.m., a community tradition that was canceled last year.

But not every ritual the coronavirus erased had returned. Rebecca Mattoni, who lives on the Upper West Side, said that before the pandemic, she typically hosted a dozen people for Thanksgiving. This year, she was hosting one guest.

“It’s still fun because last year we had no guests,” Ms. Mattoni said. “This is an improvement.”

Marcela Pleitéz, 38, a day care worker from the Bronx, felt similarly. She was having a family over for the holiday this year, but was unsure if they should hug. She did, however, hug her parents. They stood beside her, having just flown in from El Salvador, where they live, to see their daughter for the first time since before the pandemic began. “You can’t ask for more right now,” Ms. Pleitéz said.

A few blocks south, Bob Meyers, a retired teacher from North Arlington, N.J., was more excited about the fact that there were at last tourists in the crowd than about the 48-foot-long Pikachu floating by on a sled above him.

“We have Israel here!” Mr. Meyers, 77, said, pointing to visitors he had befriended as they watched the parade together. “And there is Chile! This really gets the juices going!”

The spectacle itself seemed to hint at the greater freedom of movement that an ebbing pandemic could allow. Several floats promoted getaways. The rapper Nelly stood atop a float advertising Kalahari Resorts and Conventions. A giant alligator — at 60 feet, the longest float in parade history, according to Macy’s — crawled down the parade route courtesy of the Louisiana Office of Tourism; not far away, a replica Mount Rushmore was promenaded alongside people dressed as anglers and hikers, courtesy of the South Dakota Department of Tourism.

Dr. Pam Martin, a physician visiting from Keller, Texas, said that her family had planned its annual parade pilgrimage around vaccines and booster shots; she and her relatives spent the days leading up to it awaiting word as to whether the vaccine would be authorized in time for her grand nephew, Jordan Johnson, 7, to join.

On Thursday, Jordan was at her side, cheering and catching confetti. The Centers for Disease Control and Prevention authorized inoculation for children his age this month.

Still, Dr. Martin said she worried that the crowds for the parade might cause a spike in cases of the coronavirus. “I’m praying that New York gets it right,” she said.

Alongside the floats, Sgt. Gabriel Vazquez III of the New York City Parks Department’s Mounted Unit and his American spotted draft horse, Apollo, marched in the parade. Sergeant Vasquez had not ridden in the parade in several years, he said, but this year, he couldn’t miss it.

Atop his horse, waving an American flag as they strode down the route, he said, “It’s like we are walking back toward normal.” 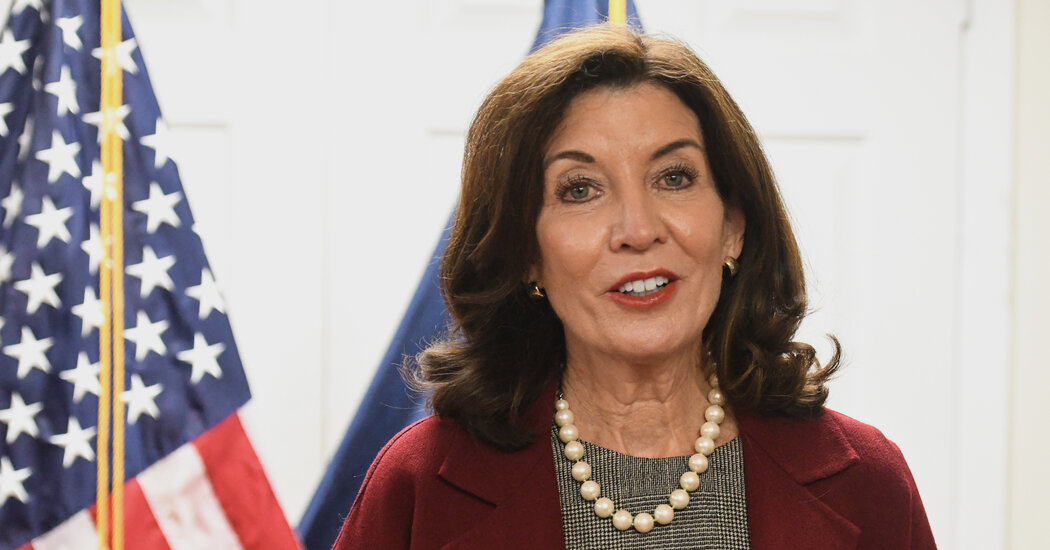 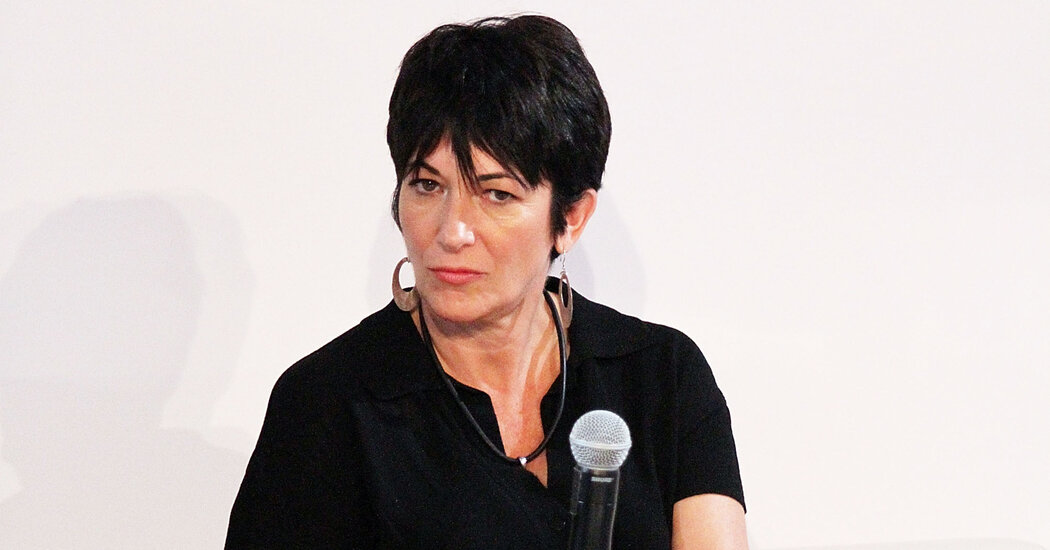 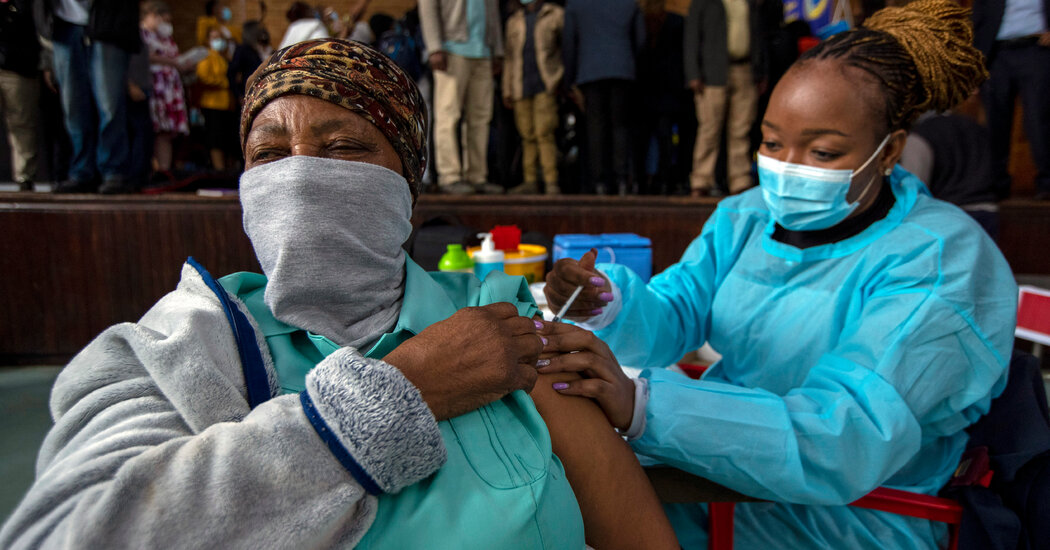 Will the Vaccines Stop Omicron? Scientists Are Racing to Find Out. 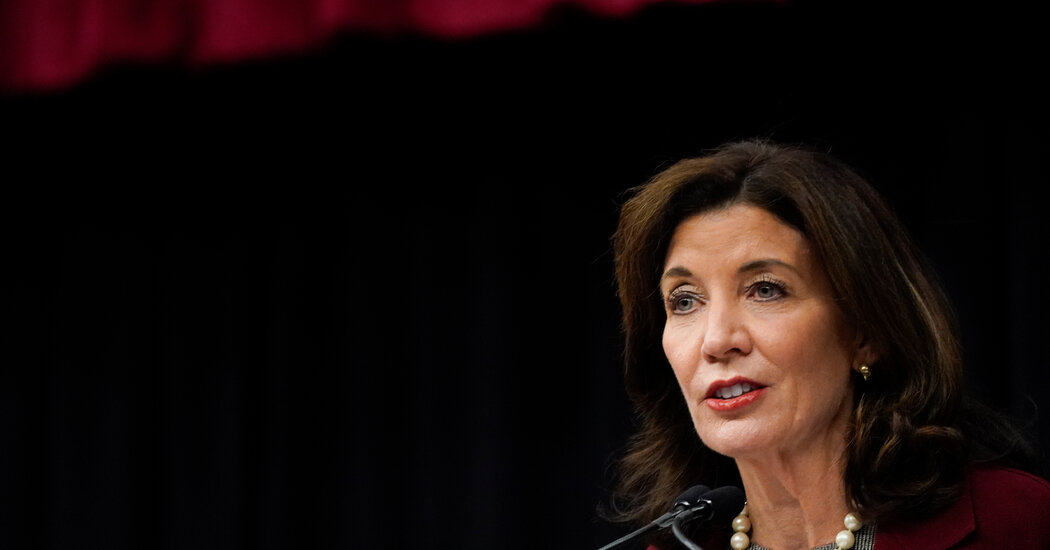 Governors urge caution in the United States on the Omicron variant.