Barclays Center and Madison Square Garden will host fans — albeit a limited number of them — in their arenas Tuesday night for the first time in nearly a year, marking the first in a series of major reopening steps for New York this week.

Gov. Andrew Cuomo announced the planned reopening of large stadiums and arenas earlier this month, citing ongoing progress in the state and city’s coronavirus numbers and the “unparalleled success” of his January pilot program with the Buffalo Bills. Pre-game COVID testing is the crux of the reopening.

Certain rules and restrictions apply to start, Cuomo said. Fans must provide a negative PCR test within 72 hours of an event; they’ll be rapid-tested again once they arrive at the stadium, just as was the case with the Bills’ games. The second test returns results within about six minutes. Staff must be rapid-tested as well.

Only arenas with more than 10,000-person total capacity are permitted to reopen at this point; a strict 10 percent capacity limit applies. Venues have to submit their plans to the State Department of Health for approval. Core mitigation efforts like mask-wearing, temperature checks and assigned seating to ensure social distancing are also mandatory.

Barclays Center had already gotten state approval to host fans at the time Cuomo made the announcement. The Nets host the Sacramento Kings in downtown Brooklyn at 7:30 p.m. At the same time, the Knicks will take on the Golden State Warriors at Madison Square Garden, which was also cleared to host fans.

The two matchups are as symbolic of the tragic breadth of the pandemic as they are of the United States’ effort to emerge from it, featuring teams from New York and California, the hardest-hit COVID states in America.

Roughly 2,000 fans are expected to attend Tuesday night’s Knicks game. Madison Square Garden will have an encore on Friday, that time featuring a hockey match between the Rangers and Boston Bruins. The Nets host Orlando and Dallas on Thursday and Saturday, respectively, again with fans allowed to be in the stands.

Declaring New York state’s demonstration with the Buffalo Bills an “unparalleled success,” Gov. Andrew Cuomo announced Wednesday he will extend the testing- based program to any large stadium or arena later this month. That means fans who provide a negative PCR test within 72 hours of an event will be able to attend music shows and performances as well as baseball, soccer, football and basketball games. Arenas can open to the public on Feb. 23.

The in-game experience will be quite different from pre-pandemic times. All concession stands will be closed. Food and drinks will be brought directly to fans in specialized seating. In Brooklyn, Barclays turned some of its seating areas into mini-suites. There are seating bowls with bar stools and a couch and plexiglass walls on either side to essentially create a little bubble.

Going to a game won’t be cheap, either. The bare minimum cost to attend Nets games right now is $200, just for the costs of the tests. And that’s completely separate from the cost of the ticket. Still, it’s a critical first step.

For his part, Knicks Head Coach Tom Thibodeau said the team was thrilled for the opportunity at Madison Square Garden.

“We understand how important our fans are and certainly appreciate all the support that they’ve given us,” Thibodeau said in a statement. “We’re looking forward to the day when The Garden is full, but we’re excited to have our fans in the building – they’re an important part of our organization.”

As COVID restrictions continue to be relaxed in New York City, winter weather across the country hampered efforts to open vaccination sites. Of those that have stayed open, many continue to face supply problems. NBC New York’s Andrew Siff reports.

Fans will also be able to attend music shows and performances as well as baseball, soccer and football games at those high-capacity venues, which are critical to ensure social distancing. That’s why Broadway is off the table for now.

New Mets’ majority owner Steve Cohen hopes to have Citi Field, which is currently being used as a city-run mass vaccination site, on board next. He said at the time of Cuomo’s announcement he’d like to host fans for the 2021 season home opener against Miami on April 8, albeit it at significantly limited capacity.

The Yankees have also welcomed Cuomo’s decision but has yet to elaborate on any potential plans to host fans when their season begins. That stadium is also being used as a mass vaccination site, serving Bronx residents only at this point.

Large New Jersey venues will be able to welcome back fans starting next week as well, Gov. Phil Murphy announced Monday. Strict COVID rules similarly apply in the Garden State, though the governor has not made testing a requirement.

Not sure how the process works? Or when you might be able to get an appointment? Check out our handy tri-state vaccine site finder and FAQs here

Click on each provider to find more information on scheduling appointments for the COVID-19 Vaccine.

Cuomo has said for months that testing is the key to reopening entertainment and sports venues, offices and more before vaccination reaches critical mass. He says New York can’t stay shut down for the many more months it could take to hit that number. The low threshold for herd immunity, he says, is 75 percent.

As of Tuesday, New York state had administered more than 2.2 million first doses, 93 percent of the total first doses state healthcare distribution sites have received. About 1.1 million second doses have been administered, which completes the inoculation process. That’s less than 6 percent of the population.

In New York City, where fewer than 23,300 first doses remained on hand as of Tuesday, 1.5 million total doses have been administered to date. The city is just beginning to receive shipments that were delayed last week because of weather.

Later this week, New York City middle schools bring students back to class for the first time since mid-November. Indoor dining in the five boroughs, which only was permitted to resume last Friday for the first time since mid-December, will see their capacity limits rise to 35 percent, mirroring neighboring New Jersey, this coming Friday. Nursing home visits will also be able to return at that time.

The developments come as both New York and New Jersey continue to see ongoing declines in COVID case, hospitalization and death rates from the latest post-holiday surge. In New York, hospitalizations have dropped to just above 5,800, a nearly 3,500 patient decline from the holiday spike peak on Jan. 19.

Gov. Andrew Cuomo breaks the state into 10 regions for testing purposes and tracks positivity rates to identify potential hotspots. Here’s the latest tracking data by region and for the five boroughs. For the latest county-level results statewide, click here

Statewide, new case averages are down 14 percent this week compared with the average two weeks earlier, according to New York Times data. Hospitalizations are down 20 percent and deaths have dropped 24 percent over the same time.

The drops at the national level are even more dramatic. Still, the overall cost to date remains staggering. The U.S. has reported more than 28 million cases and topped a once-unthinkable 500,000 virus deaths since the pandemic started.

President Joe Biden called the U.S. topping 500,000 coronavirus-related deaths a “truly grim, heartbreaking milestone” during a ceremony at the White House Monday night. He told the nation that “to heal, we must remember.”

Water outages remain a concern for many North Texas residents 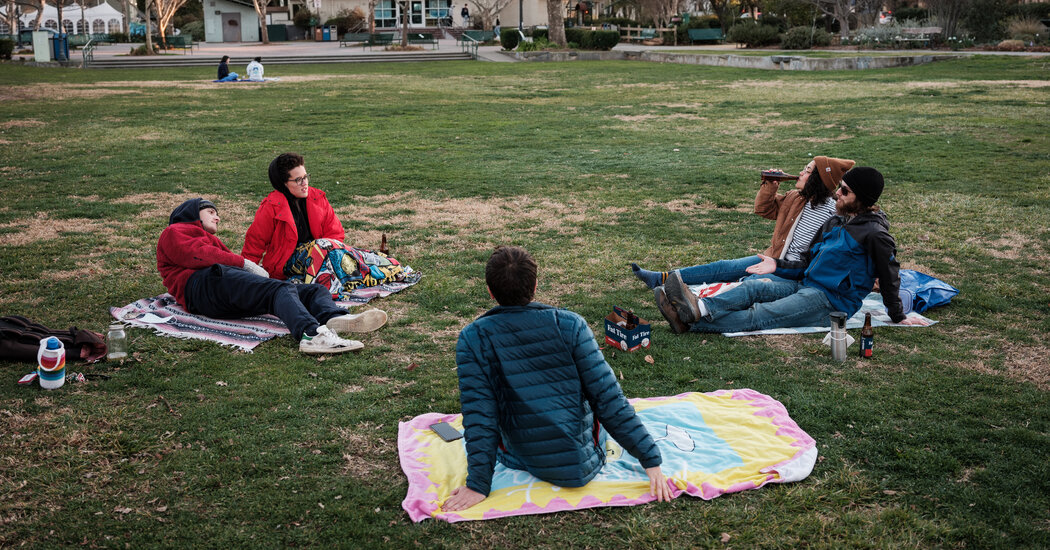 Some New Jersey Residents Canceling 2-Shot Vaccine Appointments In Favor Of Single Shot, Even If It Means They Have To Wait Longer 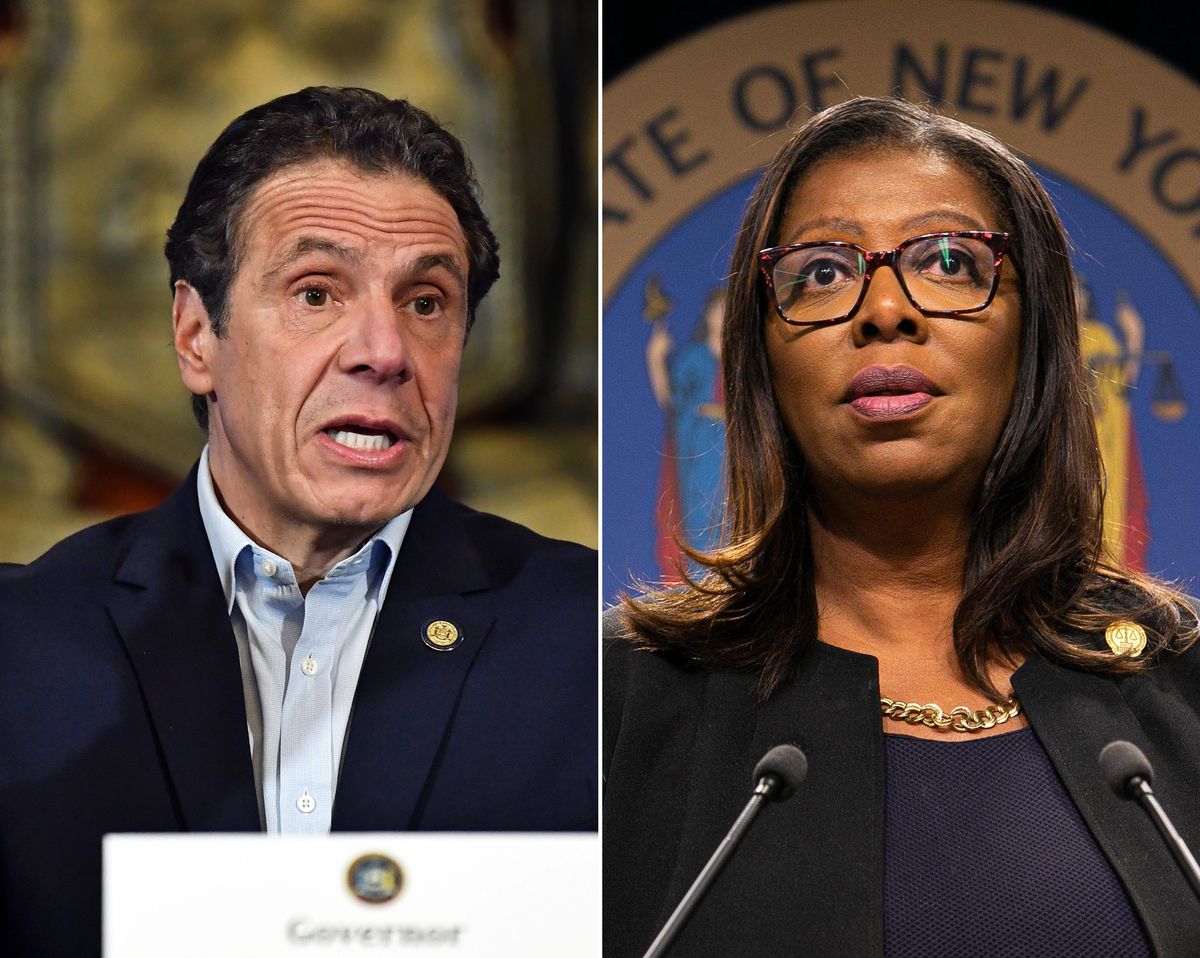