Good morning. It’s Monday. We’ll look at how students and parents in Buffalo are processing the supermarket massacre. And, with the June 28 primary for governor little more than a month away, we’ll see what the candidates are getting for the $20 million they’re spending on campaign commercials.

“‘Who would drive that far to kill people?’” Ruyvette Townsend heard one of her students ask early last week. “‘Didn’t somebody see him coming?’”

Townsend is a teacher at a high school about two and a half miles from the supermarket in Buffalo where a racist mass shooting left 10 people dead. The student who asked those questions knew that the attacker had come from a small town 200 miles away. Some of the students knew the store — they had gone shopping there. One student was there when the bodies were collected. Others knew some of the victims.

So did Dr. Tonja Williams, the interim schools superintendent. “It’s a challenging time for all of us,” she said, adding that she was increasing security at schools and bolstering mental health support for students. “What we know is that, in our city, our schools are a safe haven.”

But my colleague Lola Fadulu writes that parents and students are no longer so sure. Some wonder how a school system that long neglected its Black children can help them now as they cope with the enormous tragedy of the supermarket massacre — one that touches on a variety of issues, including racism and the false narrative underlying replacement theory, along with the widespread availability of guns and what government can or should do to make guns less accessible.

“The district is not designed for African American children to succeed,” said Coleen Dove, a retired principal who worked in the Buffalo school system for 30 years.

In a community already scarred by segregation and poverty, some students are simply scared. Simier Sweet, who is 13 and attends a charter school, said he was nervous about just walking to the bus stop by himself.

“It could happen on the bus, anywhere,” he said.

That was not an unwarranted concern. According to the suspect’s Discord chat logs, he had considered going to a school and mentioned one Buffalo elementary school in particular. Officials said last week that they would increase the police presence at Buffalo schools because of social media threats.

From Opinion: The Buffalo Shooting

Commentary from Times Opinion on the massacre at a grocery store in a predominantly Black neighborhood in Buffalo.

“It’s going to be a long time before any of us really feel safe,” said Dr. Williams, the schools superintendent. “When something this heinous happens there, you do question: Am I safe anywhere?”

Myah Durham, who is 14, said that counseling at her charter school “didn’t work for me.” She said the takeaways were: “‘It’s going to be OK, nothing ever happened to Buffalo, just pray and keep your eye out when you’re walking, no headphones in your ears, be aware of your surroundings.’”

Myah said she had viewed white people differently since the shooting, unsure of who was racist and whom she could trust. She also said she had had trouble concentrating.

Her mother, LeCandice Durham, has told Myah to keep her head up. “We’re going to change the narrative, that’s the plan,” LeCandice Durham said. “I don’t want Buffalo to be known as the place of the mass shooting.”

She also said she believed Buffalo would continue to be known as “the city of good neighbors.”

“I don’t have an answer,” she said with a shrug.

In effect until Thursday (Solemnity of the Ascension).

A fatal shooting on a Q train

A 48-year-old man was shot to death on a subway crossing the Manhattan Bridge when another passenger opened fire in what the police called an unprovoked attack on Sunday. Kenneth Corey, the chief of department, said the gunman had been walking back and forth in the last car of the train. Citing witnesses’ accounts, he said the man “pulled out a gun and fired it at the victim at close range.”

The assailant fled to the street level and has not been caught, the police said. The victim was identified Sunday night as Daniel Enriquez of Brooklyn.

Mayor Eric Adams vowed that the gunman would be caught. He also said his administration was looking for more ways to boost police presence in the subways.

What $20 million buys in political ads

So much attention has been focused on congressional redistricting that you could forget that the Democratic and Republican primaries for governor are little more than a month away. Unless you watch television.

Only four candidates for governor are running political ads: Gov. Kathy Hochul and Representative Thomas Suozzi, both Democrats, and Representative Lee Zeldin and Harry Wilson on the Republican side. Other candidates — including Jumaane Williams, a left-leaning Democrat who is the New York City public advocate, and Andrew Giuliani, a pro-Trump conservative — have not bought advertising time yet.

There has also been some major spending for ads about a familiar noncandidate, who as of now is not running — former governor Andrew Cuomo, who has spent $2.8 million from the campaign fund he left office with, according to AdImpact. His ads are aimed at burnishing Cuomo’s image after his resignation last year amid allegations of sexual harassment.

Hochul’s first television ad shows the governor late at night at her desk. The voice-over says she has worked tirelessly since becoming governor after Cuomo’s resignation last summer.

According to my colleagues Luis Ferré-Sadurní and Grace Ashford, what the 30-second spot does not show is how Hochul has also worked tirelessly to raise campaign funds. As of January, she had amassed a record-smashing $21.6 million. She has spent more than $6.8 million in ad buys so far, according to AdImpact. Not surprisingly, the spending has been concentrated on the New York City market, the nation’s most expensive.

Hochul released a second television ad last week focused on her commitment to protect abortion rights in New York. Her operatives hope to use the issue against Republicans if, as suggested by a leaked draft of an opinion, the Supreme Court overturns Roe v. Wade, the 1973 decision that legalized abortion.

Suozzi, a centrist Democrat from Long Island, had about $5.4 million on hand earlier in the year and has poured just over $3.9 million into television ads that focus on crime and taxes.

Zeldin, who had about as much money on hand as Suozzi and has spent about as much on television ads, has put only $1.5 million into ads in the New York City area. Most of his ads are broadcast outside the downstate region, targeting conservative voters. The message is that New York faces problems because of Democratic control in Albany. Zeldin’s latest ad focuses on the arrest of Hochul’s former lieutenant governor, Brian Benjamin, on federal bribery charges.

There is a popular restaurant on the Upper West Side that is the only nearby place to get barbecued ribs. I went there one evening to get some.

2 ways Ukraine could win the next battle, and the war 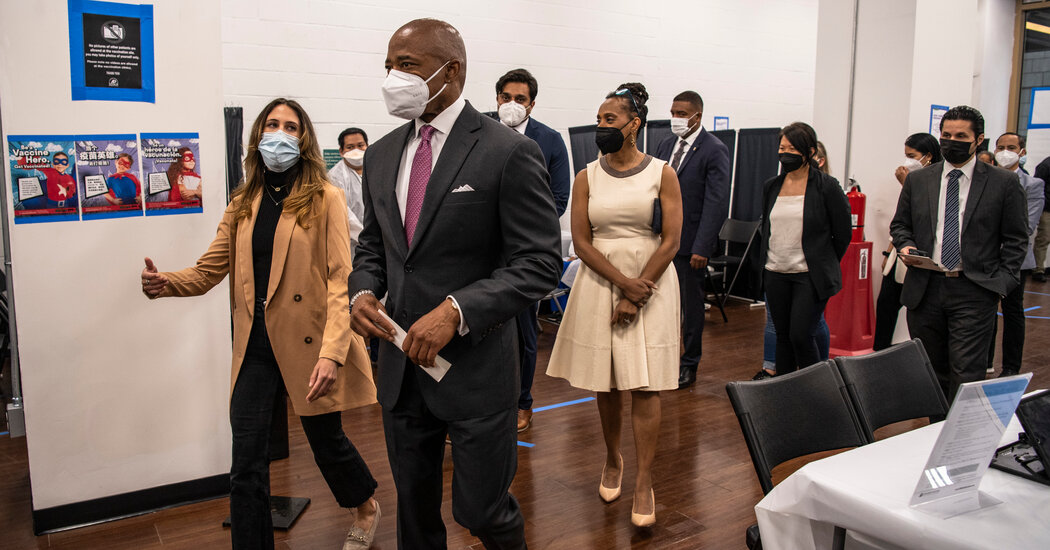 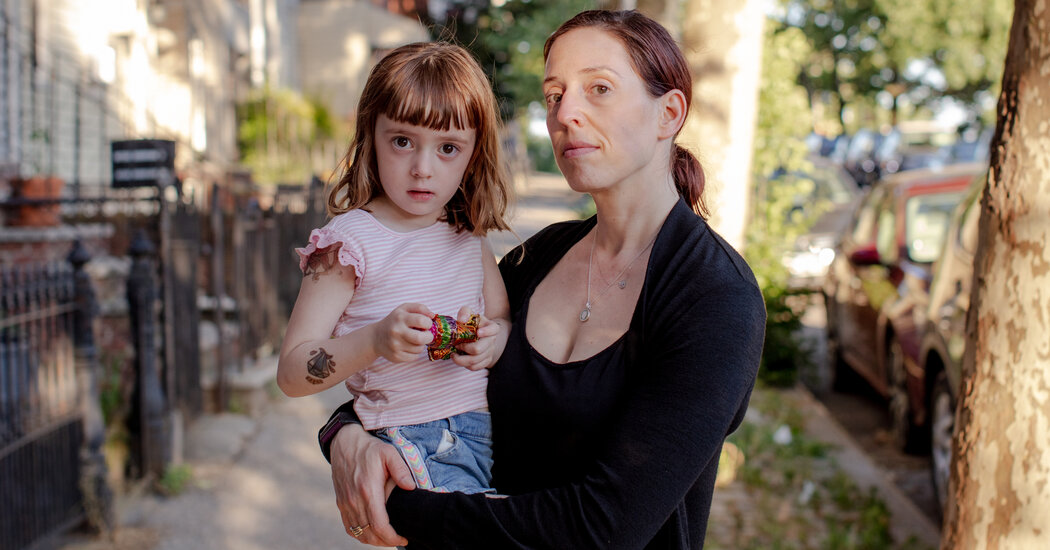 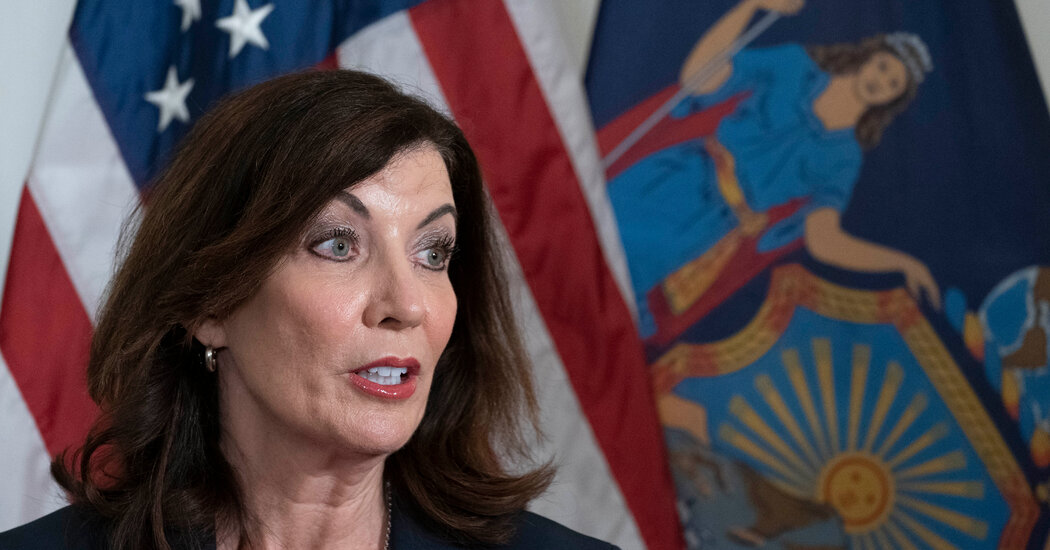