A few weeks ago, Winnipegger Holly St. Pierre’s friends were asking if she had a new Instagram account — one that was asking her followers to pay for adult content and subscribe to watch live adult videos.

“I clicked on the profile and I was like, oh my Lord, no. This is not me,” said St. Pierre, who doesn’t create adult content.

Photos were stolen from her original account by an imposter, seemingly out to get money from her followers in exchange for adult content they were claiming to be of St. Pierre.

“It was all close ups of … not even intelligible things. You couldn’t even tell [who or what it was].”

St. Pierre made her account private after the last incident, but recently decided to switch her settings back to public. She said she thought enough time had passed that she wouldn’t have to worry about more fake accounts.

But the events from September happened all over again. This time, however, the fake account was not taken down.

University of Winnipeg Prof. Ryan Clement, who works in the department of rhetoric, writing and communications, said scams like this have become more sophisticated. People no longer need to do a specific action, such as click on a suspicious link, to become a target.

“One thing to do is always make sure … OK, does this sound like the person they’re talking about? Does this sound like something they would be doing? Oftentimes [scams are] good now, especially with software that allows you to mimic voices, and soon mimic faces as well,” Clement said.

Clement advises people who have their photos taken to do a reverse image search, and contact websites directly to ask them to take them down.

“I was getting text messages from friends. What happened was [someone] took all my pictures, my biography, everything pretty much,” Bose said.

She filed a report with Winnipeg Police, but because the person who stole her photos was likely from overseas, they said there wasn’t much they were able to do.

“I decided to just create a new account and just add my friends. And instead of having, you know, model photos, I have a picture of my dogs. Just try to protect myself in the future.”

Little recourse for those scammed

When Clement heard both St. Pierre and Bose were unsuccessful with Instagram, he wasn’t surprised.

“That is definitely a problem that Instagram needs to do more work on solving. They need to be better, I think, in making sure that there is more transparency and authenticity between who’s actually on the account and who’s doing work on this account,” he said.

On its help page, Instagram writes that it takes safety seriously and encourages users to report accounts impersonating themselves.

Organizations like the Canadian Anti-Fraud Centre and Cybertip can help victims of online scams, but because many cases do not happen locally, it’s difficult for people to have any recourse. Clement said it’s often difficult to pinpoint where the scam is coming from.

Winnipeg Police said they take reports and look at the circumstances to see if there’s anything they can do on a local level.

“Typically, the actors who commit these online offences are based outside Canadian borders. In addition, these types of frauds are often perpetrated against Canadians across the country — not just specific to Winnipeg,” the police service said in a statement.

They suggest the Canadian Anti-Fraud Centre is “better suited to respond and provide guidance.”

However, the centre said while they assist citizens, businesses, law enforcement and governments, they do not investigate offences.

“We share the information with law enforcement agencies and investigators in Canada and internationally. Unfortunately, CAFC cannot comment on investigations as CAFC does not investigate.”

“That makes me a little disappointed, I’m not going to lie,” St. Pierre said.

Today, her account settings have been changed back to private. She doesn’t see herself changing it anytime soon.

“I have to feel comfortable to not have [my account] duplicated again,” she said. 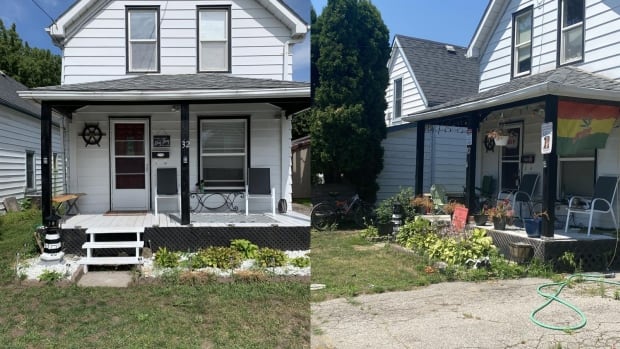