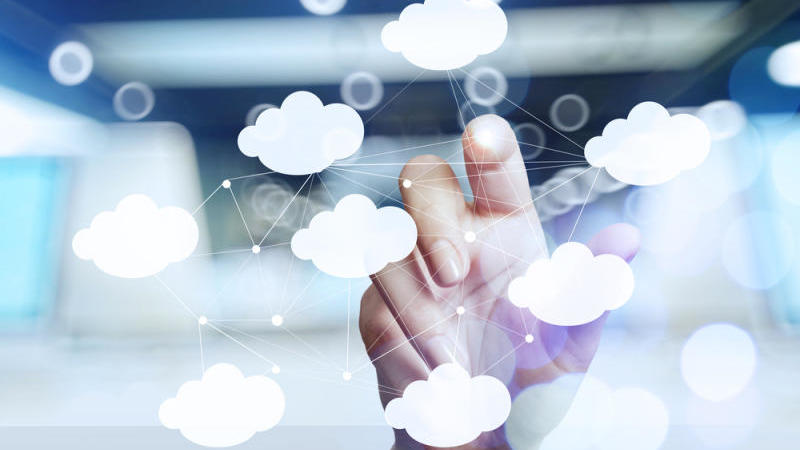 This year marks my tenth anniversary at VMware. A lot can change in life, but it pales in comparison to how much technology has changed in a decade. When I first joined in 2010, the conversation around cloud computing was a simple one: public or private.

Over time, it evolved into a discussion around hybrid cloud, which focused on the idea that enterprises had to choose between an on-premises, public or private cloud environment. The notion that an enterprise could use a variety of different clouds was not even a consideration. In subsequent years we’ve seen how far from reality that was. As organizations have wrestled with combining their traditional application portfolios and creating cloud native apps, it’s become clear that choosing the right cloud environment to support these cloud apps is critical to performance.

Now, increasing demands for environments that allow enterprises to build, run, manage, secure and connect apps have prompted the dawn of a ‘mix and match’ era of private, public, and edge clouds – all supporting the explosion of applications that are helping deliver the powerful, personalized digital experiences valued by customers and employees. In fact, according to Forrester, CIOs expect the number of clouds – private, public and edge environments – they use to increase 53% in the next 3 years, from 5.6 today to 8.7 in 2023, on the back of an increasing reliance on cloud-native applications to power innovation.

But while multiple cloud environments can certainly support a range of business benefits, they also need consistency of operations to reduce complexity, remove silos and boost manageability. Indeed, in our recent research of IT leaders, decision makers, and developers, 63% highlighted inconsistencies between clouds as one of the top multi-cloud challenges faced by their business.

It’s this issue of reducing complexity that we’ve focused on solving through our multi-cloud platform and its ability to support any app, on any cloud, to any device, all delivered with ease and transparency.

Getting ready to hyperscale

A modern, scalable cloud platform allows businesses to choose whichever hyperscaler best suits their app delivery requirements – be it Alibaba Cloud, AWS, Azure, Google Cloud, IBM Cloud, Oracle Cloud, OVHCloud, or a local specialist cloud provider. But it can only do so with confidence if developers have the right tools to develop across these clouds, along with consistent management and operations.

What a change from ten years ago, when opting for one hyperscaler would have precluded an organization from working with its competitors. Now, enterprises have the option to work with a range of solutions from a wide variety of cloud providers, including some of the most innovative organizations in the world. In doing so, businesses are unlocking the cloud’s potential in ways we’ve never seen before, and realizing its value in enabling application modernization, business agility and resiliency, and digital transformation.

The business benefits of adopting a multi-cloud strategy are clear. Take Harman International, a global leader in connected car technology, who found that by having a centralized view of their entire multi-cloud environment, they saved upwards of $1M a year in cloud spend. Likewise, Italian power generation company, Ansaldo, found that the performance and autonomy that VMware Cloud on AWS gave them provided an excellent foundation from which to build their cloud journey.

A singular multi-cloud platform represents a total change in the way enterprises build applications; they’re now able to choose the infrastructure that best suits their development needs. We’re entering an era in which businesses are finally able to access the best technology from a range of suppliers, and use it to support innovation wherever needed.

What businesses need to deliver is a multi-cloud strategy – one that enables them to create apps at speed, serves as a single, common platform that delivers all apps, and enables developers to use the latest methodologies and container technologies for faster time to production.

This platform must also have consistent management and operations at its core. Doing so allows organizations to embrace container-based microservice architectures, and streamline the enterprise adoption of Dashboard Kubernetes, which brings together developers, operations and security to deliver an “enterprise-consumable” approach.

By removing the barriers to Kubernetes adoption, IT admins are able to enhance their skillsets to support a new wave of modern apps. An example of this can be seen in cargo shipping company ZIM. Working with VMware Pivotal Labs, it moved its software teams to a cloud-native model, cutting down the time it took to get apps into the hands of users from months to mere days. These apps improved the overall customer experience and meant teams within the business could have faster, automated access to the data they needed to make effective decisions.

Putting a multi-cloud strategy at the heart of IT operations is crucial. It serves as a unique, universal foundation for delivering greater innovation; one that affords developers the freedom they need to innovate, while simultaneously providing IT departments with consistent security and operations. Businesses that do so are equipping themselves with the agility and flexibility to position themselves at the forefront of innovation.

By no means is this the culmination of the cloud journey though. Far from it. The last ten years have been such an incredible journey, so who knows where we’ll be in ten more? What I do know is that we won’t see the progress we all want without that critical consistency, bringing together the world’s leading cloud providers and hyperscalers and helping organizations become more resilient, better able to innovate and clearly differentiate themselves. In short, in a stronger position to manage and exploit change.

The best Black Friday 2022 laptop deals we could find | Engadget